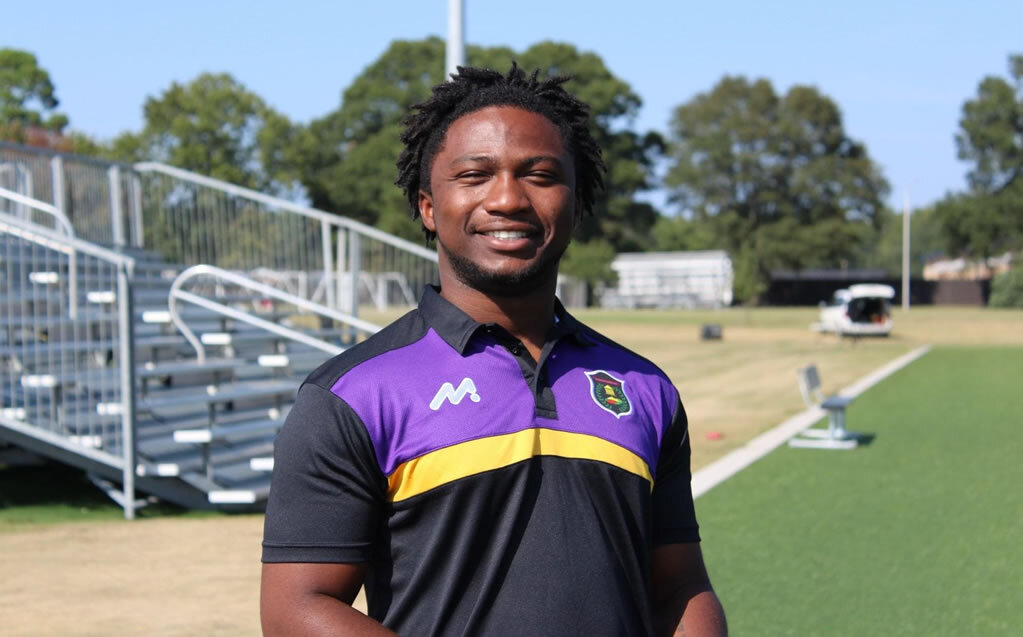 October 8th, 2021– North Carolina– The Eastern Premier Soccer League (EPSL) is excited to announce the addition of Emmanuel Sarkorh to lead a new conference to the league. The North Carolina conference will be added to the EPSL as the league continues to grow all the way down the eastern seaboard of the United States. Emmanuel brings a lot of value to the table. He sits on the board of directors for the North Carolina Adult Soccer Association (NCASA) as Vice President of Growth and Development. Mr. Sarkorh is the president and head coach of Levi United Football Club men's professional development team, and the head coach for West Brunswick High School men's soccer varsity team in Shallotte, NC.

As a former assistant conference manager of a pro-development league, he has the much-needed experience of building a very competitive conference in a state that has seen the most beautiful game grow very fast. In a teleconference conducted with Mr. Emmanuel he was very excited about the opportunity, and this is what he had to say: “Born in West Africa, Liberia, soccer has been a part of my life since a very young age. I love watching, playing, coaching, and organizing the game. I live for this sport. It's a sport that brings 4 billion people around the world together. “

As a person who has been involved throughout the state of North Carolina with soccer, his passion for the development of the sport is very high. He has proven that he is committed to seeing young people thrive and get opportunities in what would be a strong competition through the EPSL. He emphasized that the state of North Carolina is ready for a strong league and a competitive conference that can open doors through the promotion and relegation system that the EPSL has created. He went on to add:

Meanwhile, the league is very excited to have the caliber of Mr. Emmanuel Sarkorh to lead this important position in a very strategic location. The Mid-Atlantic Commissioner Andy Salandy spoke very highly of the work ethic that Mr. Emmanuel will bring to our league. Commissioner Salandy stressed his feelings by saying: “I am very delighted to have Mr. Emmanuel Sarkorh as our conference manager for the EPSL NC Conference. Emmanuel has tremendous soccer knowledge and experience building leagues. I look forward to working with him to build a very special North Carolina conference.”

The North Carolina Conference is being developed among future prospective conferences as the EPSL plans to expand further into the geographically large Southeastern United States. News on future developments will be released accordingly.

Formed in 2020, the EPSL is a 501(c) non-profit Unlike other national and regional leagues, the clubs and feeder leagues will participate in governance including the establishing of fees, prize money, and schedule to keep costs down and minimize travel.  The EPSL is looking to establish agreements with other local leagues as either a promotion/relegation feeder league or through a cooperative league agreement to preserve and maintain the relevancy of elite local leagues by marketing as members of the EPSL. Through either pro/reel or this association of leagues, local leagues can collectively market themselves as entry points to higher level playing opportunities and leagues of choice for competitive amateur soccer. In 2020 EPSL has reached historical feeder league agreements with four elite amateur soccer leagues in the Cosmopolitan Soccer League (CSL) in the New York metropolitan area, New Jersey’s Garden State Soccer League (GSSL), the New England Champions League (NECL), and the Baltimore, MD/Washington, DC based Maryland Major Soccer League (MMSL) to establish the first regional based multi-league promotion and relegation system in the United States. The CSL, GSSL, NECL, and MMSL have produced US Open Cup and National Amateur champions and have some of the top amateur teams in the United States so reaching agreements with these elite leagues is an exciting milestone in the history of US Soccer.

More information about EPSL can be found at epslsoccer.com or on the league’s social media platforms.